Air Board and motoric unrest 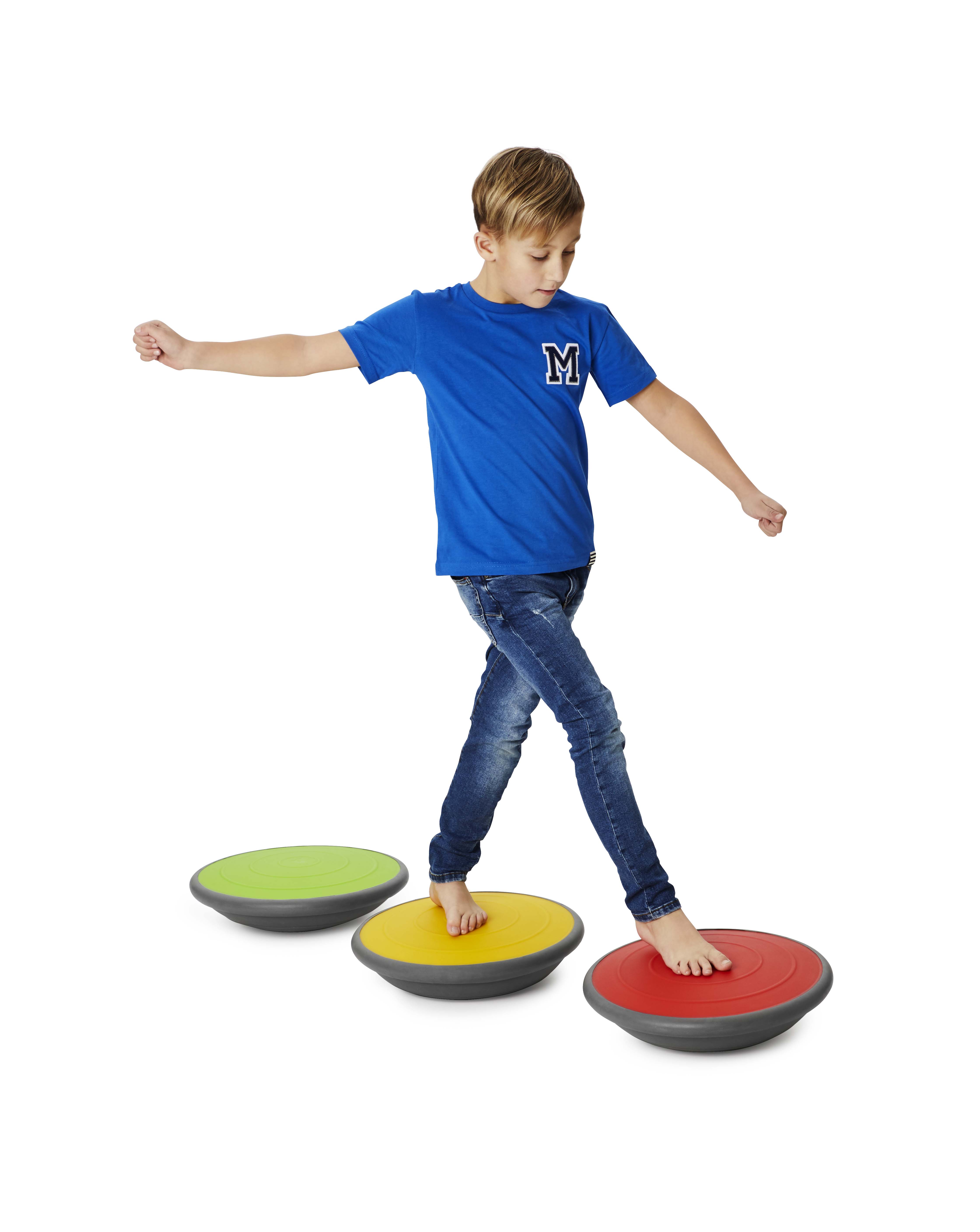 Children need movement, and movement helps keep them alert and attentive. But sometimes, a child's movements are so erratic and sustained that they can find it hard to maintain focus and concentrate on the most important things.

Motoric unrest can also make contact and cooperation difficult. When a child has balance problems, their ability to focus and be attentive is affected. Teaching them to keep their balance can help to control their motoric unrest and maintain focus.

When the brain registers that we are losing our balance, our conscious mind is activated. This is the part of the brain in which our attention and focus are located.

Concentrating on keeping balance requires energy. That is why exercises that require a sense of balance can only be kept up for short periods. They are not a means that can be used for extended periods to suppress motoric unrest. But exercises can be used to give a child a positive feeling that unrest can be tamed, whilst concentration and attention can be maintained for short periods.

Air board is designed to challenge a child's sense of balance at exactly the level the child has reached. This can be done either by adjusting the amount of air in the Air board, or by using either the flat, coloured side or the soft, round side.

A unique balancing board with a hard surface on a soft inflatable base, ideal for exercising motor control and strengthening muscles in the ankles, legs and upper body. The hard surface offers a safe grip for the feet while the inflatable base ensures smooth and gentle movements.

The Gonge Air Board may be adapted to the functional level of the user by adjusting the pressure of the inflated air; increasing the pressure will speed up movements and make the balancing board more challenging. 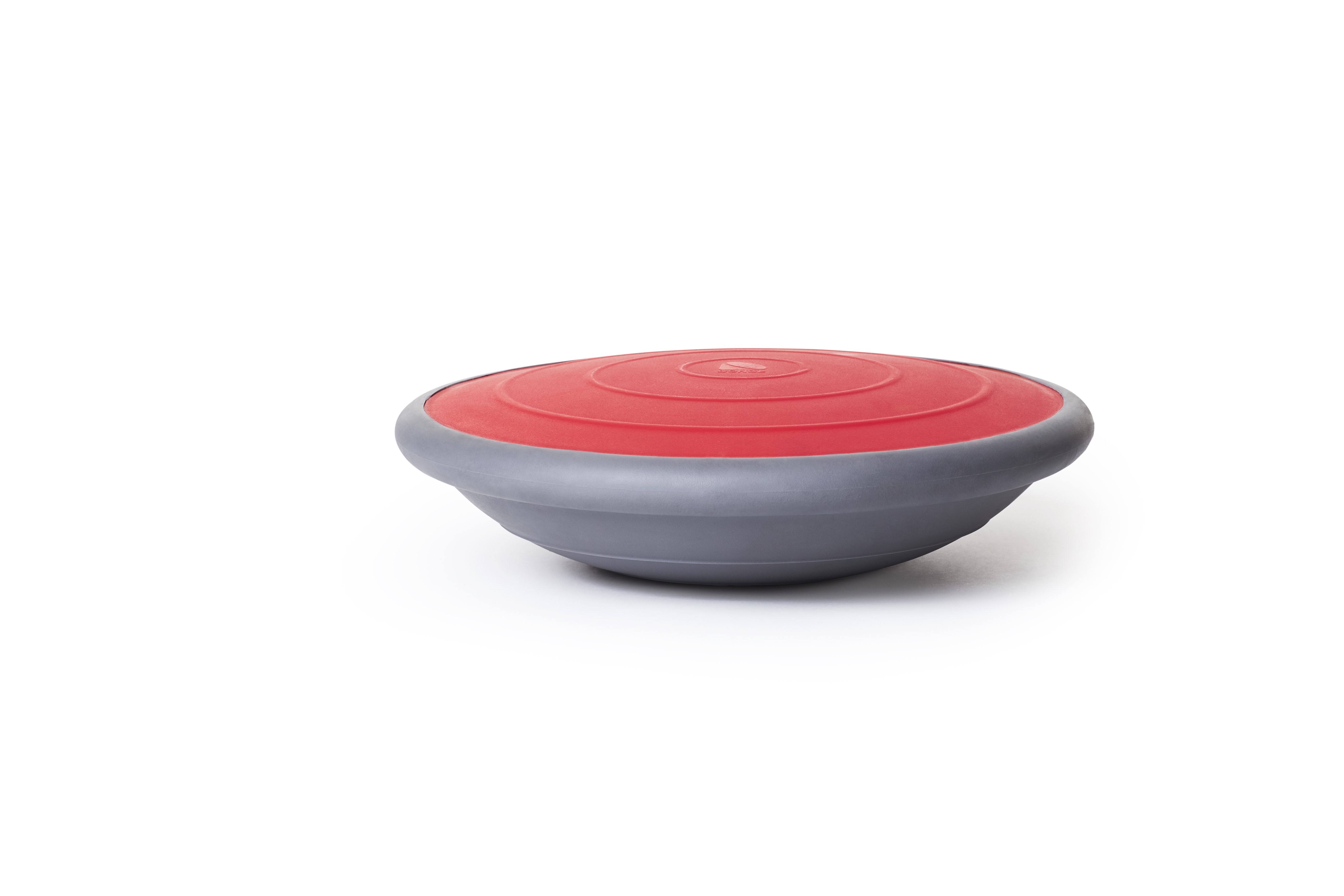 Adam is 5 and a happy, energetic boy. His motor skills are good, but as the activities involving them become more complex, with greater demands on focus, repetition and maintaining the activity over a period of time, he and his parents found that he gave up easily and his motoric development was declining. This becomes particularly evident, when he has to use fine-motor skills, such as using utensils to eat or using crayons.

Adam finds it hard to sit still. He gets up suddenly during mealtimes, and is told off repeatedly because he cannot sit still on a chair, when he is being read to or the like.
His parents are worried about how he will cope when Adam starts in school. Consequently, they tell him off even more when he is restless. They say that he must sit still, or he won‘t be able to go to school with his friends.
The repeated demands that he sit still are frustrating Adam, and mean that his behaviour is becoming more of a problem. He is beginning to be affected by it. He does not feel that he is good for anything, that all adults are angry at him and he suffers regular crises when he shouts and becomes violent.
When Adam comes to me for therapy, I make a motoric obstacle cause with him. This lets us see what he excels at: movement and keeping his energy levels up. Adam is happy and proud.

When I test his ability to catch a ball and throw it at a target, he cannot stand still. He can neither catch the ball nor throw it into a basket because he simply cannot stand still, but is constantly restless and on the move. Adam sighs and throws the ball onto the ground, shouting „I can‘t. I simply can‘t!“

I comfort him and tell him that it is me who made the task too hard. Then we put Adam on the Air Board. I get him to reach out for the ball to find out if the challenge of standing on the Air Board is at the right level and we end up letting a little air out of the board so that Adam can keep his balance without falling off.
We then try again, with me throwing and him catching the ball. Despite there now being an element of balance in the task, Adam finds out that he can do it. He is focused and trying to avoid falling off the board. The Air Board gives him constant stimuli that affect his attention and boost his ability to keep calm and focus.
Adam radiates happiness and pride to his parents, and I praise him. He finds out how he can quickly become better and better through the exercise, and I ensure there are breaks and that he stops before he gets tired.
Afterwards, we talk about whether it is hard to keep calm and the importance of practising what we find difficult. His parents are told to time how long Adam can keep calm on a chair during a meal. Slowly but surely, it takes longer and longer. In line with Adam mastering the exercises, we break the negative spiral. Adam works and exercises hard to extend and improve his ability to suppress his motoric unrest. His parents find him positive when restlessness does take over, and they ensure that he is not forced to sit still longer than his energy-filled body can manage.
Adam still needs a lot of movement and activity, but we have successfully moved focus from it being a problem to something positive and giving.