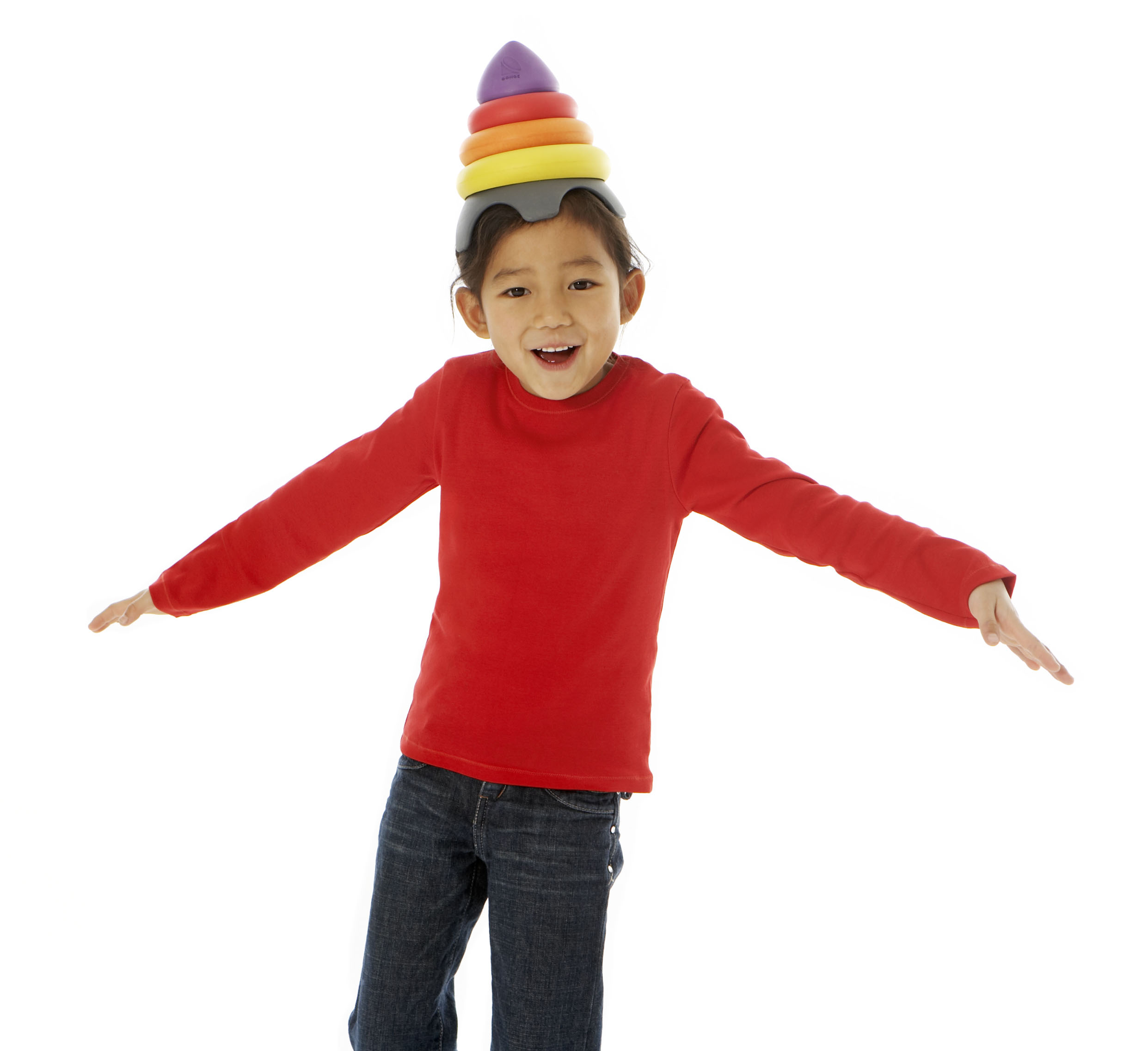 The number of children referred for physiotherapy is on the rise, and often because more and more suffer from tension-related headaches and neck pains.

The problems arise as a result of physical inactivity and excessive use of tablets, smartphones and laptop computers.
When a child sits with head bowed at an angle equivalent to 30 degrees, the neck has to bear a load equivalent to 18 kg. If the angle is 60 degrees, the load increases to 27 kg.
Many children often sit with their tablet on their lap, which causes them to angle their heads at the equivalent of 60 degrees.
When maintaining that position for an extended period, the neck muscles are simply overloaded. They become tense, and stay in their tensed position, which in time can cause tension-related headaches and neck pains.

Exercising with Clown's Hat gives training an element of play, inspiring and motivating children. When we walk around with an object on our heads, we automatically tuck in our chins and resemble a swan - at least as far as our necks are concerned. To avoid losing the "hat", the head also has to be kept level. This position is healthy and strengthens the neck muscles.


Doing exercises to strengthen the neck and retract over-extended muscles can be difficult. small children in particular need considerable motivation for specific and repetitive exercises. The Clown's Hat is shaped to make it easy for small children to use and the parts are so soft that dropping the rings does not hurt. 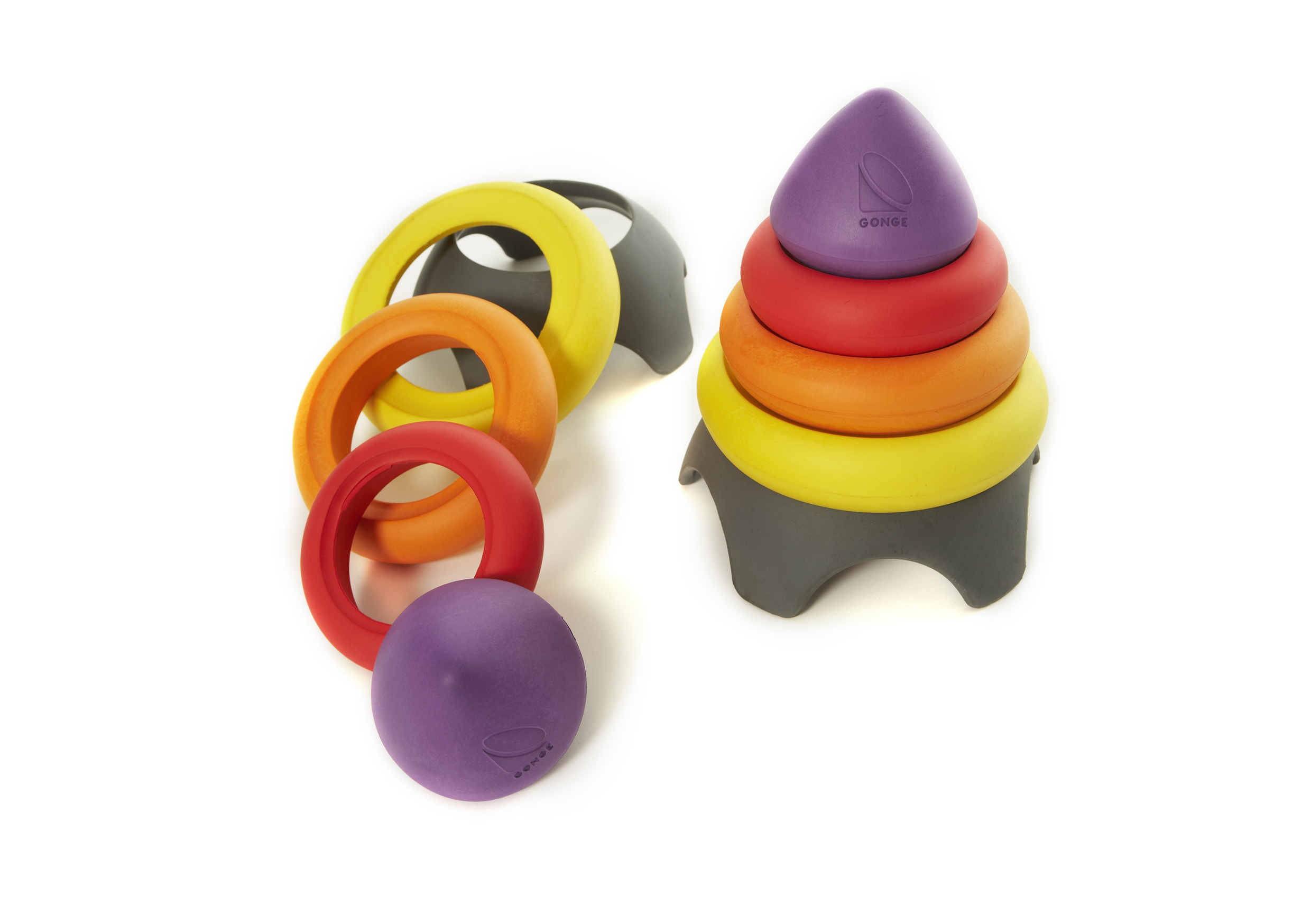 Emma is 8 years-old. She has a delicate build and has always been a quiet little girl, preferring indoor activities. She loves her tablet and usually spends around one hour a day on it. She also has a smartphone that she uses to send texts to her friends, and to check Instagram.

I sit behind him and initially rock the Top energetically to and fro. As Teddy gradually relaxes, I make the rocking movements gentler. I hum to soothe him all the time. Teddy soon relents to the rhythmic rocking movement and relaxes more and more. After five minutes, Mum enters the room. I signal to her to come and sit with me and help rock the Top. Once she is accustomed to the rhythm, she takes over. After 10 minutes, all three of us begin to sing a nursery rhyme. When we are done, Teddy and Mum are both smiling.

Then I explain why cradling is beneficial when you are in turmoil. As adults, we have to learn to refrain from talking and explaining when a child demonstrates frustration and anger at a level, at which we feel our explanations fall on deaf ears. When the child has calmed down, he or she is better able to comprehend our words and follow our directions. We discuss the situation quietly and the child can learn from it, gaining experience that makes him/her better able to tackle a similar situation in the future.

Teddy and his mother learned something very important that day. They have since told me that they have used the cradling time-out and a break from talking in many different situations, which would otherwise have got out of hand.

Two months ago, Emma went down with the flu. She was confined to bed for almost two weeks, during which time she was allowed to use her tablet as much as she liked. This led to her spending over three hours a day on it. Once she had recovered, she began to complain about headaches and pains in her neck. The symptoms were worst in the evening - and when she used her tablet. The pain was often so bad that Emma had to stay home from school, and even ended up taking painkillers daily.
Emma attended the clinic with her mother. Once I had completed my examination, Emma and I had a long chat about her avoiding using her tablet altogether over the next three weeks, although she could continue using her computer. Her mother was counselled in how Emma should sit in front of the screen to avoid bending her neck and straining her back.

Screen time was cut down to max. 2 x 20 minutes per day. I stressed how important it was that Emma took a break after 20 minutes.The most important thing was to get Emma to train up her strained neck muscles, and that she was outdoors getting some exercise every day. Apart from one hour outdoors with play and movement, Emma trained by wearing the Clown’s Hat. We practiced with it in the clinic, when Emma found it hard to wear it without laughing. It is not easy, as it requires concentration and control of your head to move around without the hat falling down. Emma quickly improved, and we made a slalom for her to walk through wearing the hat.
We agreed that she should wear the hat at home for 10 minutes every day. She could set up her own slaloms around furniture and other objects in the house. As she became better, Emma was able to push herself more, having a go at walking sideways and even backwards. With practice, the hat can be used outdoors, where the terrain is more uneven. Only three days went by before Emma’s mother called me to say that the headaches were gone, but that she was continuing with the programme.
After three weeks, Emma was back on top. She has since decided that she would rather use a computer than her tablet. Her mother says that they now have a happier little girl with much more energy. The entire family has a firm policy of getting some form of exercise together every day.